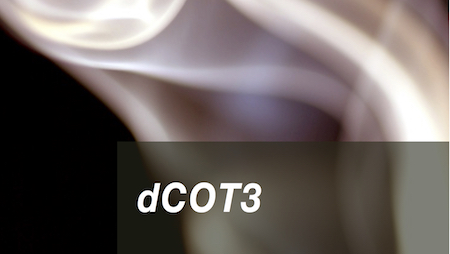 There are a few evaluation studies on tobacco control measures at the population level. In our country only two studies, one performed at national level and another one in the Community of Madrid, have evaluated the impact of the tobacco control measures at the population level via phone survey. Our research group started a project (dCOT2 study) with the same design (two cross-sectional surveys, one before and another one after the approbation of the tobacco control law, the project financed by Institute of Health Carlos III, PI081436) in order to obtain not only prevalence of self-perceived exposure to environmental tobacco smoke (ETS), but also to measure the exposure using a biomarker such as cotinine in saliva that we applied in a previous study (PI020981).

Well in advance of the approbation of the Law 28/2005, we have had designed the aforementioned study (PI020981) to determine the prevalence and exposure levels of general population to ETS. This study has provided extensive information about population exposure to ETS as, for example, 75% of adult non-smokers in the city of Barcelona perceive being exposed to ETS either at home, at places of work or studies, during free time, and when using public or private transport.

To evaluate the impact of the Spanish tobacco control legislation (Laws 28/2005 and 42/2010) on tobacco smoking (changes in consumption, the addiction, the motivation to quit smoking and abandonment) among smokers in a population-based cohort (via survey and biomarkers measurement).

To evaluate the impact of the Spanish tobacco control legislation (Laws 28/2005 and 42/2010) on exposure to the ETS (both, self-reported and based on the cotinine levels in saliva) among non-smokers in a population-based cohort.

Design: cohort study. Subjects: cohort formed in 2004-2005 from a representative sample of adult population (+16 years) of the city of Barcelona (1245 participants with baseline information). Dependent variables>: tobacco consumption and exposure to the ETS obtained via survey and measurement of cotinine concentration and other biomarkers. Independent variables: socio-demographic variables, general health state, physical activity and alcohol consumption that were obtained via questionnaire.

Currently, the results about e-cigarettes are published and other publications are being developed according to the proposed objectives.