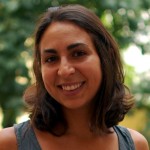 Back Members
Assistant Professor. Doctor at the Public Health Department of theo University of Alcalá and postdoctoral Researcher at the Social Epidemiology and Cardiovascular Group (EPISOC) and collaborator researcher of the Tobacco Control Unit.

Her main research interests include tobacco control and social epidemiology with special attention to assessing the impact of tobacco free policies on people, attitudes and behavioral changes, smoking patterns and exposure to the environmental tobacco smoke. She is also interested in epidemiological methods and the social and political determinants of health, particularly, the impact of alcohol and tobacco environments on smoking and drinking behaviors. She is the author of 21 publications in peer-reviewed journals. She is a member of the working group of tobacco control of the Spanish Society of Epidemiology and a reviewer in several international scientific journals.